The Kingdom
Come worship your Kings and Queens here at The Kingdom!
Log in or Register today !

Join the forum, it's quick and easy
The Kingdom
Come worship your Kings and Queens here at The Kingdom!
Log in or Register today !
The Kingdom
Would you like to react to this message? Create an account in a few clicks or log in to continue.

You are not connected. Please login or register 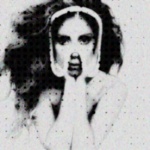 Episode 18: Beauty And The Beach *NSFW*

Reason for Banning:
This Episode was banned because of over use of a Projectile Weapon (A Gun), other eps use Guns but none involve the firing of guns towards other people. In the US there were many shootings by children and it was thought best not to subject children to this sort of thing. The lack of this episode also caused a lot of confusion as there were multiple captures by Ash in it which by going by the US airings...just magically appeared
__________________________________________

Episode 38: Electric Soldier Porygon
*Warning: DO NOT WATCH IF YOU SUFFER FROM PHOTOSENSITIVE EPILEPSY* ( Read reason for banning first )

Reason for Banning:
This is the most famous of the banned episodes. It is banned everywhere in the world including Japan. During the episode when Ash and co. are with Porygon in Cyber Space, missiles get fired at them from Team Rocket. Pikachu blasts the missiles with Thunderbolt causing a flashing of red and blue which put 800 Japanese children into hospital with epileptic seizures. After this the show was put on a 4 month hiatus and was almost totally banned with Nintendo to be blamed for it
__________________________________________

Reason for Banning:
The most recent episode has not been aired anywhere in the world, not even Japan. It was originally postponed due to massive earthquakes in the area and since it features Whiscash making Earthquakes it would have been bad taste. However this episode was scheduled for a further Japanese showing but didn't air. Now it has come to the US Airing and it again has been skipped
_________________________________________

All pokéfans will probably want to see this. 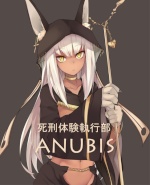 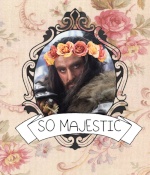 Posts : 168
Join date : 2013-07-26
I think these episodes are pretty cool or most of them at least. I strangely enough enjoy the one which sent people to the hospital... I really do enjoy Polygons so that might be why. I also enjoy the guy with the swirly glasses. He's pretty funny! XD


Ok, so I see for Episode 18 this thing beside it that says NSFW... what does that mean? I haven't really been clicking on it because when I see NSFW's are aloud at the bottom of things I just think... what would make them not aloud? So before I click on something like that... I would love to know what it means... ;-;

Also, NSFW = Not Safe For Workplace, Meaning it may contain sexual innuendos or really sexual content.
We try to enforce that anything that has this material is marked " NSFW " to prevent people opening content in public places etc.

Neo Enigma wrote:I personally love the idea of the banned episodes. It adds an extra "jist" to the fandoms.

Also, NSFW = Not Safe For Workplace, Meaning it may contain sexual innuendos or really sexual content.
We try to enforce that anything that has this material is marked " NSFW " to prevent people opening content in public places etc.

I hear that episode 35 was supposedly actually made in English but they never aired it.

Posts : 168
Join date : 2013-07-26
I guess that for Pokemon they really have a lot more egg shells to avoid due to it also being broadcasted in North America because they're trying to cover children's eyes more with these things then they are in Japan (My personal opinion of corse!) I don't think it's good or bad but simply a set-back for Japanese shows being aired in North America because they're not used to these kinds of things. (Of corse I doubt that Japanese parents let their children watch a crud of shows with guns everywhere and all that)

Top posters
Latest topics
» Can we talk about Tom?!

» What Did You Just Do

» YOUR FORUM LORD HAS RETURNED.

» What song is stuck in your head right now?

» Chemical V: Part I - The Beginning of an Era

Most active topics
Search
Log in
Who is online?
In total there is 1 user online :: 0 Registered, 0 Hidden and 1 Guest